This Little Hero Is Looking For Someone Who Will Be His Hero...

Everyone needs a hero at some point in their life. When his brothers were scared, Tigger was the hero for them. Now, Tigger needs someone to be his hero that takes him to his "happily ever after"...


Tigger had been adopted out as a kitten with his 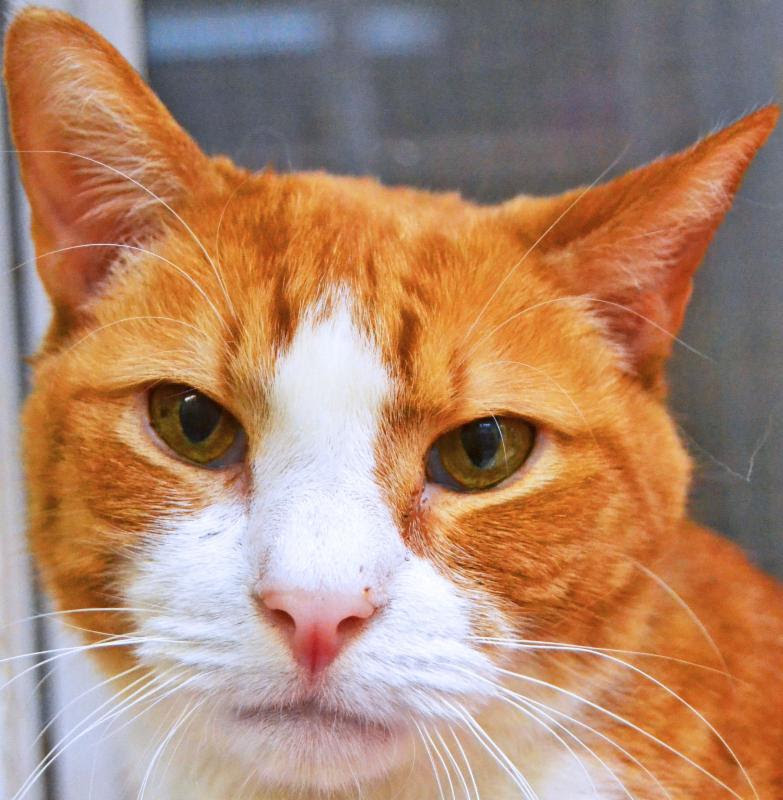 brothers by a very loving man,  who gave them his all and cherished each of them as a beloved family member. Now a number of years later their owner had suddenly passed away and with no one left to care for them, Little Shelter stepped in to help.


When I first met Tigger he was in an isolation room with his two brothers, Peanut & Nugget. They were very sacred as they had no idea what was happing. Nugget was in a corner, pinning himself to the wall and his brother Peanut was buried under a blanket near him. Then there was Tigger...
He was lying in between them, kneading the blanket where Peanut was hiding and nuzzling Nugget's side. Tigger was calm and relaxed, it was obvious that he was trying to comfort his brothers and let them know everything was going to be okay. Eventually Tigger came over and laid in my lap purring as if to show the others that they were safe. He seemed like a little hero, trying to comfort his brothers while their whole life had been torn apart.

Within a few weeks the brothers were introduced to the main section of Little Shelter Cattery. Nugget was quickly adopted while Peanut adjusted to his new surroundings and is very happy here. Tigger was no longer needed to be their hero to comfort them. 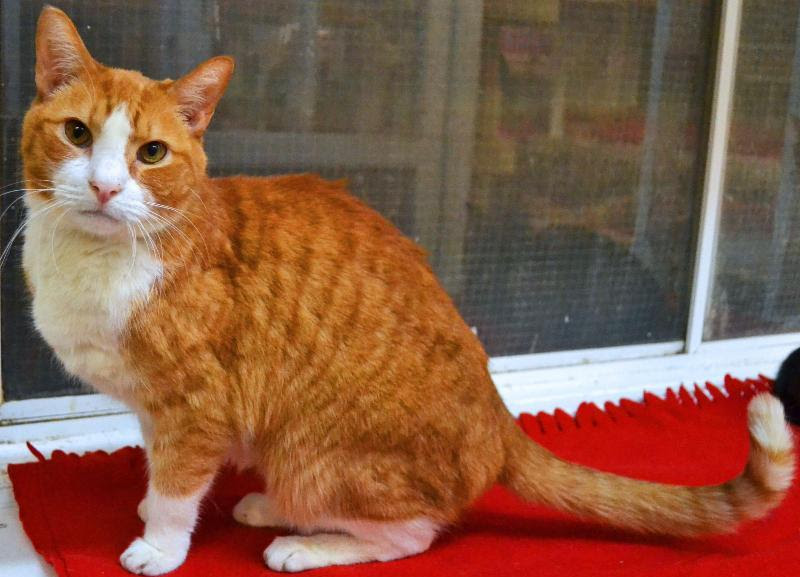 Tigger who must have felt all alone, would walk around the cattery unable to settle down and sometimes he would mew for seemingly no reason. The loss of his owner who cherished him, his home where he felt safe and the loss of everything he had ever known since kitten-hood, began to take its toll. Volunteers and staff spent time with him, gave him extra treats and special food. If he was napping and they called his name Tigger would lift his head and mew, but soon he would only lift his head, he has stopped mewing altogether.

The staff soon noticed Tigger had started losing weight and was hardly eating, we placed him on an appetite stimulant concerned about his sudden changes in behavior. Both staff and volunteers make a point of spending time with him each day, talking to him and petting him. We found that if we are petting him and put a plate of food down, Tigger will eat more.

We have started taking turns spending time with him when food is served to encourage him to eat. We are doing everything we can for Tigger, from lavishing him with attention, giving him special treats or just sitting with him. He still purrs, you can see it in his eyes that he is grateful, but you can also see the sadness that life in a shelter, no matter how good, cannot take away.

Tigger loves affection; he enjoys being pet, having his ears rubbed and his chin scratched. He loves to snuggle and will mew to greet someone he's bonded with. We are asking Little Shelter's friends and family to help us help him, to be his hero. Tigger needs to be in a home where he has someone who will devote themselves to him just as much as he will to them. He has lived his whole life in a home as a beloved family member and we want to help spread his story, so that his special someone will come find him...